In order to enrich the spare-time cultural life of employees, enhance their physical fitness, and build a platform for employees to communicate with each other and enhance friendship. Recently, the company held the company’s first “An Laiqiang” Cup badminton competition. More than 30 players from various departments signed up for the competition.

This competition is the largest badminton competition organized by the company in recent years. It is not only a centralized review of the competitive level of the company’s employees’ badminton enthusiasts, but also a specific action to promote the in-depth development of national fitness activities and enrich the amateur cultural life of employees, and it is an interpretation. Vivid practice of corporate culture concept and demonstrating the spirit of employees.

The game officially began at 13:30 pm on Sunday, October 25 at the Badminton Court of the Second Workers’ Cultural Palace in Xiangcheng District, Suzhou City.

During the competition, the participating team members were all engaged in the competition with a full state of mind, showing their skills to their fullest, with powerful smashes, high-skilled fights, flexible turns, and extraordinary skills. The team members gave full play to their individual technical characteristics.

The whole game was intense and intense, and the scene was in order. From time to time there were shouts of “good ball”, cheering and cheers one after another. The participating players all showed high morale and a good spirit of unity and hard work.

After many rounds of fierce competition, the men’s team finally came to the final. In the final, Wang Qianjun from the R&D department faced Xu Weizhen from the marketing department.

At the beginning of the final, the two sides will not give in to each other. The scores of the two sides caught up with me, and the one who was slightly behind perfectly overtook, making the other side a little messy and making frequent mistakes.

In the end, Wang Qianjun’s skills were slightly better and he won the game and secured the championship. Although Xu Weizhen lost to his opponent in the game, he did not give up lightly when he was in a disadvantaged situation and showed the spirit of “working hard and strong”.

The company attached great importance to this competition, actively organized, and fully prepared to ensure that the entire competition process was tense and intense. The competition allowed employees to entertain and relax in the weekend afternoon, while strengthening their physical fitness, it also enhanced the cooperation ability and team cohesion among colleagues.

In the future, the company will also carry out a wide range of cultural and sports activities that employees love to see and hear, to enhance the cohesion, centripetal force, and affinity of the organization, enhance the physical fitness of employees, and ensure that employees make greater contributions to the company’s development with high morale. 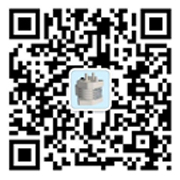